I received a call this summer from a client wanting photos of a the Penfield Lighthouse on the Connecticut coast near Fairfield Connecticut.  My client wanted the photos to be used in a medical building in Fairfield Connecticut.  I love lighthouses and had shot a lot of the lighthouses along the Connecticut coast, but never this one.  I figured it would be a easy job so I gave them my offer which they accepted and I started doing my research on the lighthouse.  It didn't take too long to figure out there was a major issue with photographing this lighthouse.  The lighthouse was about a mile off shore in the middle of the Long Island Sound.  If the photo was going to be used for a website or a small print that wouldn't be such an issue but this project required the image be blown up to 33 feet and cropped to a panorama thus throwing out more pixels of the original image!  This was not going to be easy.  My first attempt was to shoot the lighthouse from shore with a 600 mm zoom lens.  Unfortunately the resolution of the image wasn't good enough when we blew it up to 33 feet.

We had to come up with another plan.  One of the surgeons at the medical center had a boat and offered to take me out to the lighthouse.  So that is what we did.  Cruising out in the Long Island Sound at 40 miles an hour was quite a way to travel.  I had to hang on for dear life as we crashed against the waves to get out to the lighthouse which was about a 10 minute cruise.   We circled around the lighthouse reef for some times as I kept shooting and shooting, not sure how sharp the images were with the rocking of the boat.  I didn't know if I would get a second chance at this so I tried as many angles as possible and different lenses and varied camera settings. About 1,000 photos later, I felt I had enough photos and we headed back to shore bouncing from wave to wave. 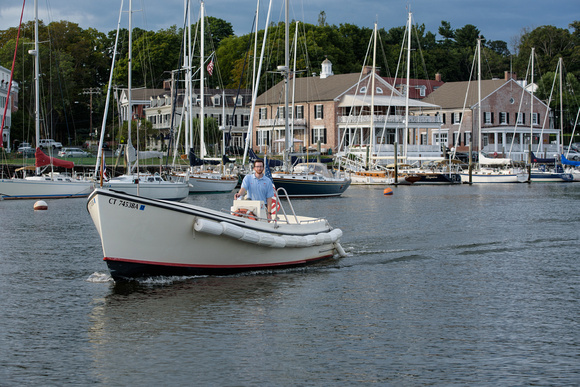 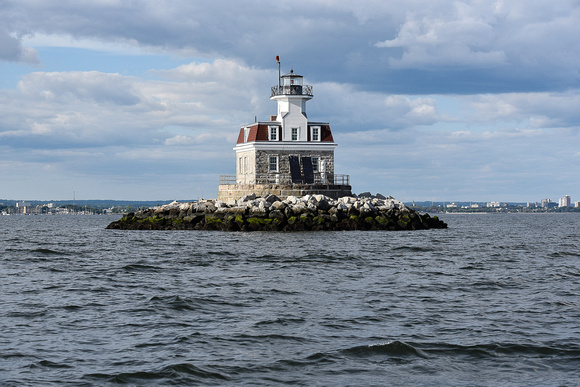 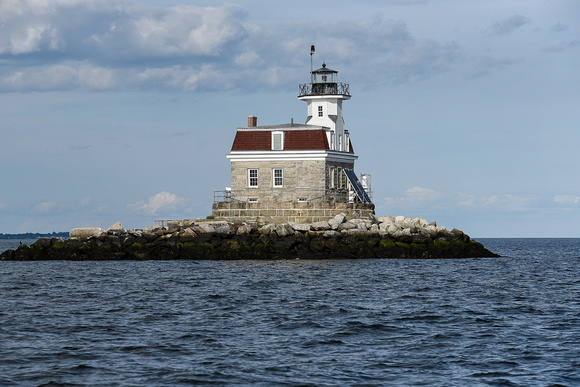 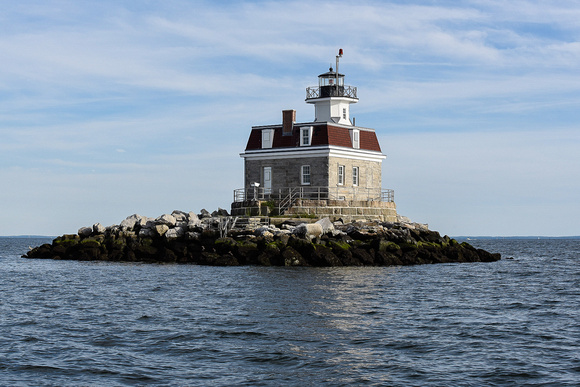 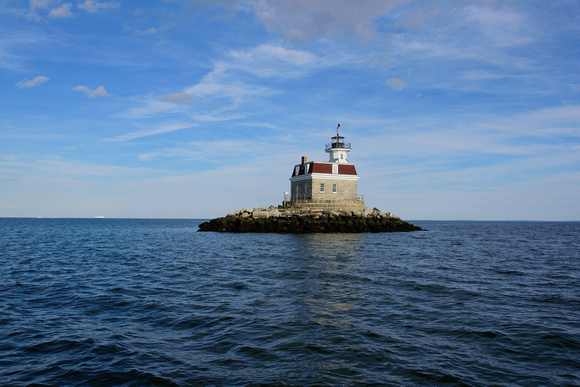 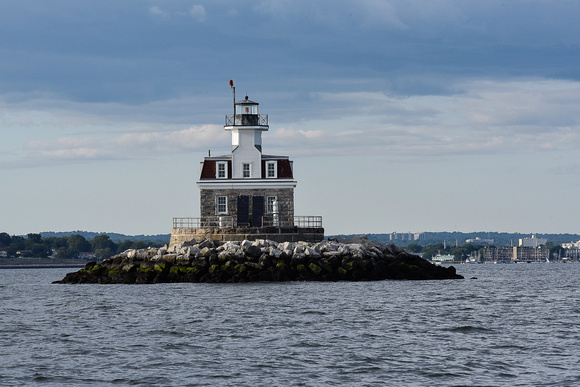 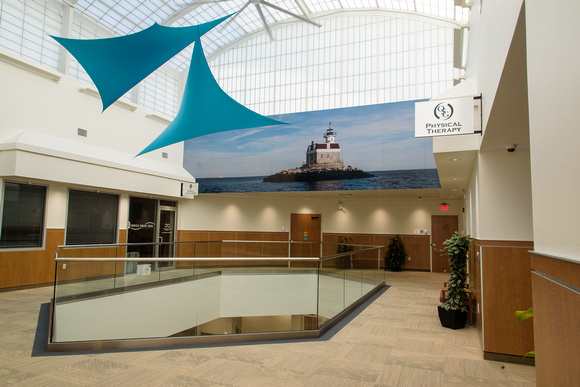 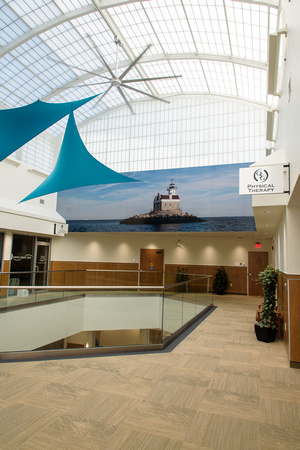 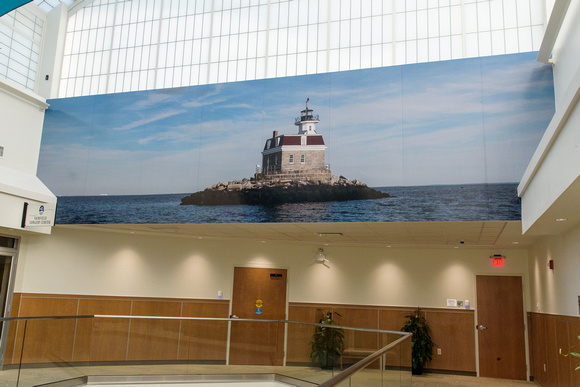 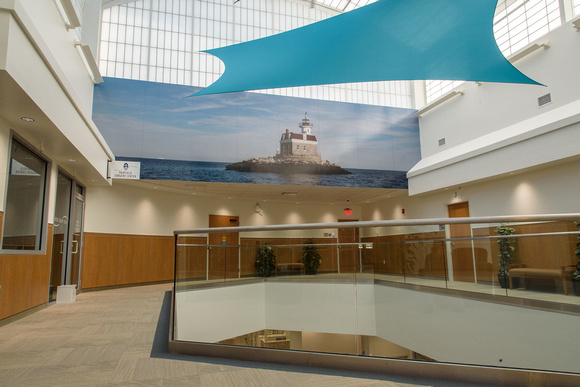 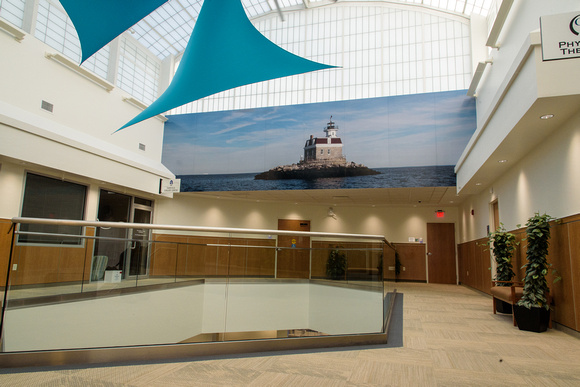 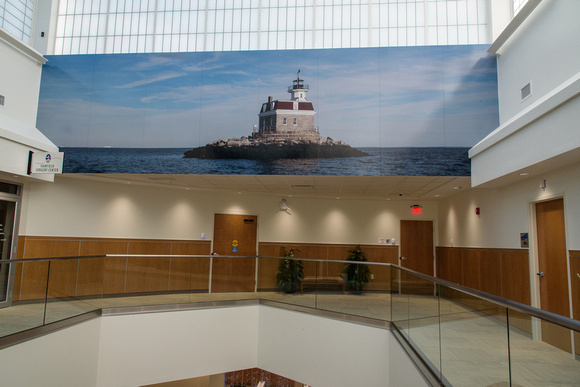 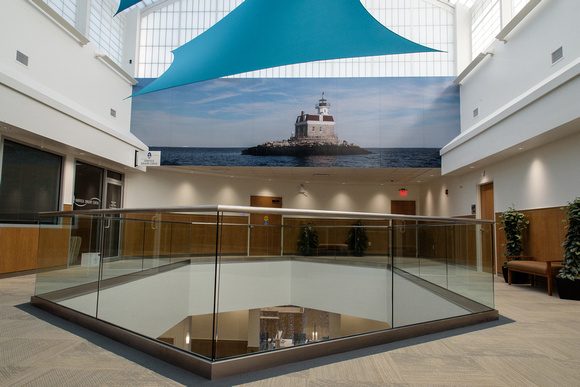 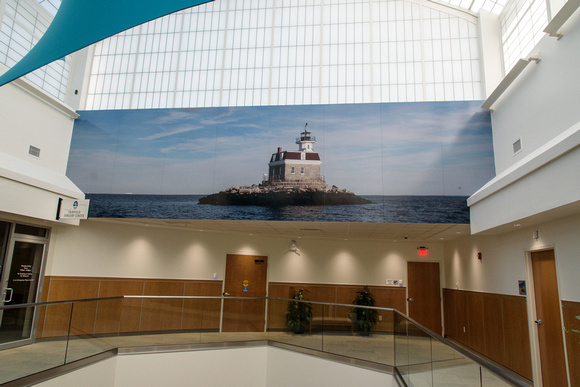 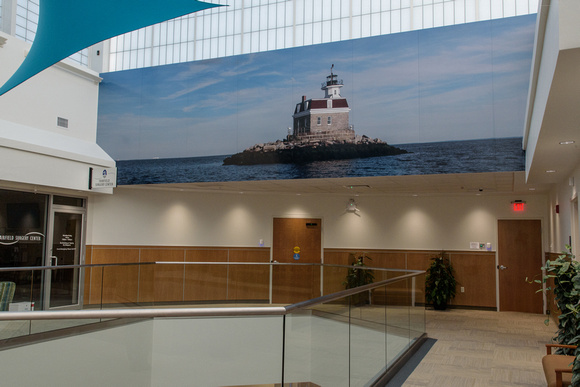 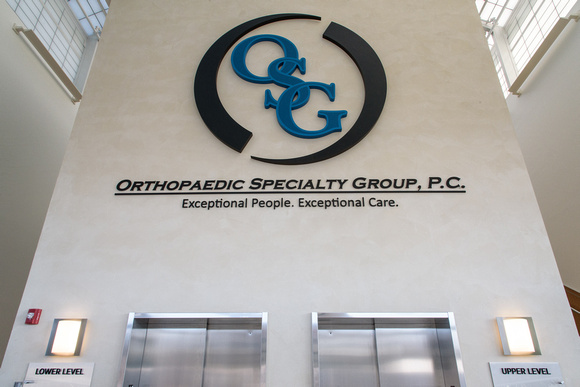 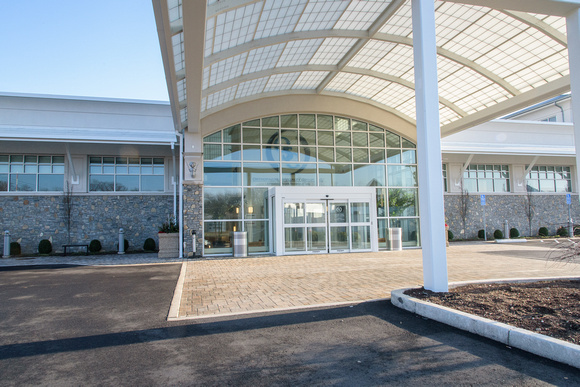